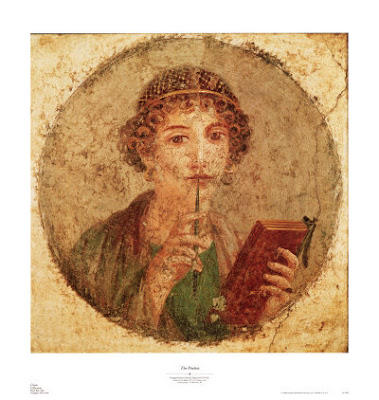 My husband and I were recently able to go out to a very nice restaurant that served a several course meal, set menu (you don’t order from a menu, but everyone eats the same thing). The guest chef for the night had a special interest in Roman cooking, and so the menu was Roman. It was the perfect night for us to come, because I really admired and loved the simplicity of the food, and really enjoyed how rustic it was. I felt like the meal was reaching back into history and bringing back ways of preparation and presentation that we had lost. I was also impressed with how “nourishing” the food was.

Because I loved this meal so much, when I came across a book in the library about the history of Ancient Roman food, I was excited. Now, from history in High School, I should have been well aware that many parts of their culture were not something I would enjoy. But I was surprised with how much their table and their eating habits reflected their values and a little part of who they were. I should say that there are many things to admire in their culture, especially at certain points in their history. But there are also things not so admirable.

Earlier in their history, their food was much more simple. It was grain and vegetable based with some meat and a lot of cheese added in. This was the type of food that I was and am still very attracted too. Their lives were also much more simple and centered at this time. 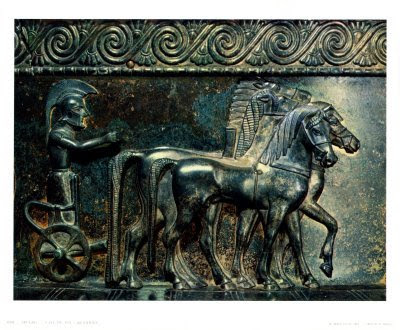 But as their empire expanded, their table and desires did as well. No longer was “peasant food” appropriate. The rich used food to impress and bring prestige to themselves. Exotic food from far of places were sought after. The more scarce the food was, the more it was sought after. They ate one herb from Africa in such huge amounts, that they made it extinct. Their hospitality was not based on serving their guests, and enjoying their company. It was about bringing honor to themselves. The guests would literately fight over the best of the food. They would often fight over the meat organ dishes, since those were considered the best and most life giving of the foods. When your guests were fighting over food, it was seen as a compliment to the host. Guests also placed a lot of importance as to where they were placed. Some were seats of honor, and some were not. Where you sat showed how important you were. Everyone was trying to push themselves forward to the better seat. 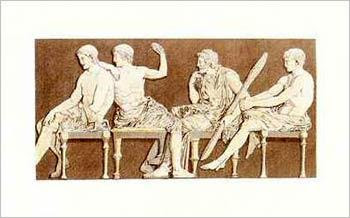 Politicians also used food to gain favor and keep peace. In the more simple days, they gave out bread, later it was meat. You don’t get the impression that most of the giving away of food was out of compassion. This too seemed to spring out of self-serving interest. Their culture didn’t always support the poor noble man trying to earn his own money, either. It was definitely a hand out culture. The people expected it and thought it their right. The politicians gladly gave hand outs if it served their own interests.

It’s not a pretty picture. It’s a picture of greed, pride and self serving motives. And this is without even going into the sexual references they would made through their food, and how their religious beliefs and fears would show themselves at the dinner table. 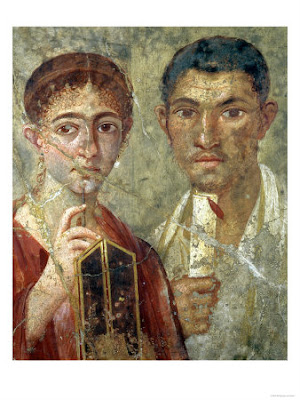 What do our eating habits tell about us?

I realized that, in both small and big ways, we can fall into some of the same prideful, selfish pitfalls that the Ancient Romans did if we aren’t careful.

The wealthy our of time certainly do “put on a show” when they host a party or dinner party. We haven’t fallen fall from wealthy Roman tendencies there. But what about the more common person, like me? What do I show through how I spend my money, what I serve my guests, who I invite to my house? It would make an interesting study to look at how we spend our food budget and what happens at our family table, and see what values come to light. It may become quickly obvious that some of us value convenience, not quality food. Others empty cupboards would tell the tale of a culture of eating out. Some of us may value frugality over nourishing our family. Some of us may prove to be very centered on ourselves. These are things that are worthy of discussing and examining ourselves in. Below are some questions that we can ask ourselves and discuess. And if we need to make adjustments, let’s do it!

Some questions to ask ourselves:

What values do I show through how I shop and what I serve?

Do I reflect a generous heart through my kitchen? Do I serve others in my kitchen, like making meals for others (for a a new mommy, or someone in a health crisis)?

Do I spend so much time and money on nourishing my own family that we have nothing leftover to give to the less fortunate?

Do I value frugality so much that I’m not willing to spend money on quality, nourishing food?

Do I value epicurean food so much, that I’m aren’t willing to try healthier, more nourishing recipes?

Do I serve my guests, or do I show off through my hospitality?

How can I better serve my family and the less fortunate through my food budget?

I would love to hear your thoughts!